Any time you have a manifestation of anything you have a vortex of swirling ZpE. (zero point energy)

Which means that the ZpF (zero point field) is intelligent. Intelligence does not predicate consciousness. Consciousness is a state of being aware of yourself - or being aware that you are aware. That happens when you swirl intelligence into a vortex creating a distillation point. When a critical accumulation point is achieved, you have the spark of awareness and or the creation of matter - manifestation. There are more of these in our perceived reality than we know. Indeed, just the body alone has some 148 crossings of energy creating the 33 along the spinal column and the 115 in the limbs, feet and hands.

Then the areas along the spinal column which are considered the major Z-pinches or crossing areas are called the chakras. These major vortexes each have a frequency, or idea state, or awareness balance created by the speed of their spin. There are many more to the unit we consider our whole self - at least in spiritual theory which poses that we are more than just this here and now and have a higher self (the next octave of frequencies above these that we can perceive) on many levels and a sideway component that manifests in parallel realities. 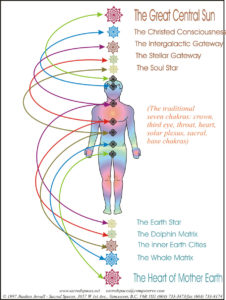 In the 7 major chakras of the human body, we have clusters of intelligent tissues we call organs that give rise to the physical systems that run our body without our conscious control. This correlation can be drawn also looking at our solar system as its clusters of matter around its various z-pinches, the sun. The sun exists/ rotates with/around a star cluster, which is part and parcel of our galaxy, which is a monstrously huge z-pinch. ALL of which is swimming in this energetic field of consciousness called the ether, or zero point field - our Universe. (Others like to call it the Electromagnetic Spectrum)

From this we can know that any change in this field can occur when information is sent through the ZpF. There truly is something called the butterfly effect. Currently, we know that our system, Sol, is going through an area of higher change - density in this field. We can see the evidence of this in the changes going on in every body in magnetic range of Sol (including our own bodies as we cluster on earth like the organs in our own bodies). I, as well of a number of other energy sensitive people, have noticed of late an intrinsic change in the feel of the subtle energy we work with. Some of us have noted that it not only feels different, but it also looks different in the mind's eye and behaves differently! It has gotten clearer, faster, it looks more transparent, and feels like it is much easier to be directed by thought than ever before!

Now, back to the top statement: Intelligence does not predicate consciousness. Consciousness is a state of being aware of yourself - or being aware that you are aware. That happens when you swirl intelligence into a vortex creating a distillation point. When a critical accumulation point is achieved, you have the spark of awareness and the creation of matter - manifestation in the frequency range of the spin.

I beg to differ 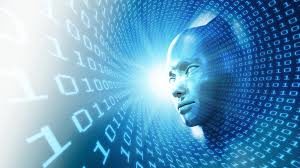 There had to be enough information for the wake-up to occur. It is when you use that information - learn from that information that you become conscious. I have had a theory brewing in my head from watching the sun over the last couple of years. I think I have seen the sun modulate what energy it is sending out (CME's and coronal hole emissions etc.) towards the earth. I theory is that the sun and earth are communicating about the awareness level of the life on the earth and are waiting/helping /wanting us to up our game before we can be brought into balance with the rest of the Sol system. That this is very important - our consciousness as a component to when this will happen. When there is enough of us to create a morphogenetic field that can include this information in our consciousness then by resonation the effect will spread to all.

So how do you control the awareness of the population of an entire world? So long as we are unable to collect information, apply our intelligence - and do not fight against, or at least do our own research on things, (oh say like… ET's, our cosmic origins, agenda 2030) the we will not be consciously aware of them. They will fly right over our heads being unnoticed. Literally. So if they limit, lie and cover up, misinform, dis-inform and in anyway make what they are hiding impossible to perceive they are hoping it will stay un-conscious.

There are a million views out there about who's version of what is right, and all of them, even the dis-information information, has snippets of truth in it. So it's up to us to put out enough information, in enough ways, to flood - by probably the vibratory frequency of that information alone, the life on earth to bring the rest of us on the planet up to snuff, spiffy us up and get us ready to listen to what the sun has to say to us. I imagine the patience of that being has got to be stretched thin at this point, after five or six world rounds waiting for 'us' to get up to speed…