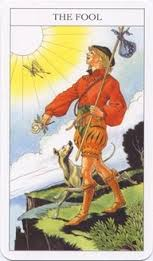 We are afraid of our own foolishness - in who to believe, because we are not educated enough to know for ourselves. We have been set up to 'know' there is only ONEWAY to believe anything, to be spiritual or to be right. We have been taught this by paying the huge price of being dis-avowed/disowned/disenfranchised by those we must depend on to get our money from (work), or those we value because we love them, or by loss of stature in society generally.

There have been several attempts to re-educate society, or certain part of it through movements like the 60's hippies, and before that beat-niks and many others

that were then ruined in the eyes of mainstream reality (the mainstream controlled, managed consensus) so that people would see the folly of not toeing the line and staying in their cages. When in reality there have been far weirder and unbelievable things going on around us all the time.

For instance, there is the paradigm of Malleable Time - that time for you is different than time for the person next to you and yet we all participate in a consensus time construct of reality. The whole is greater than the parts, but the parts are real, disconnected from the whole. (It looks like a tree) It would be hard to take the tiny branching of one person and his journey into the future and back ( Al Bielek, et all ) and have that vision take over the whole entire tree. It basically can't happen because the consensus is the bole of that tree and that is the direction it travels. There are small things that can travel side by side and be completely different because they do not disturb the overall direction of the major consensus. (the Mandela Effect) Then there are things that can happen that do disturb the consensus because they happen to all of us. (wars, pandemics, etc.)

As we have agreed to journey this way because, obviously, here we are together, we merely have to come together and decide to change the journey, and it will occur. Others (see Freeman Fly and his work on these links) who have known this for centuries have managed to use this information against us to set up and lead the consensus in the direction of their choosing.

We are beginning to be awake enough to see this. There has been a plan for the last 4000+ of our years to mold and shape the entire consensus of the planet. One of the reasons I think Velikovsky had a point about planetary cultural amnesia has much to do with the machinations of the group that would lead us to create a history that they want, while keeping us ignorant of the actual reality of the consensus.

To those men and women who have had the courage to go against the lockdown of our minds and souls by those who would be kings, go huge Kuddos. They cared not whether they seemed ignorant in front of their colleagues or their families. Some risked everything they had in an attempt to break the cage humanity had/has been kept in. To them goes my deepest respect:

David Wilcock and the Law of One material

These people from various disciplines have with their research allowed me to piece together some interdisciplinary facts into a larger coherent whole to make a picture of a bigger nature. When you start looking at these things and you go down all the rabbit holes to find they all connect at varying levels, some shallow some very deep, is when you realize that foolish or not, in the eyes of academia and the standard mythos of our supposed truth, what you are understanding may just be a truer truth….

Interestingly enough David Wilcock's Wisdom Teachings episode 2 in season 19 is an overview of some very ancient history that because of all the places I've been through from the above list, is beginning to make ultimate sense to me. In a nut shell, 500,000 years ago this solar system was embroiled in events that ruptured the space time continuum, that shredded souls, fragmenting them for eons of time. Energy is never lost, but it can change state. These souls were caught in the shock of millions of deaths occurring all at the same time in a very painful manner. They were so traumatized that they were unreachable for a very long time. When they finally could be soothed they had to go through a lengthy sorting out process and when they became coherent enough again as individuated souls, they then had to make a decision on how they were going to continue their journey. To understand and know the learning of and healing of the pain they had caused they chose incarnation into Neanderthal bodies, that were neither speech equipped (we know from analyzing their musculature from the bone structure) nor able to truly appreciate a third dimensional space-time. They had to re-evolve themselves from late 2D into early 3D again. Perchance to perfect it this time.

They had precipitated this mess by being too technologically advanced for their understanding of reality. They had built out and used previous structures they found in the solar system and created a might and will to take their ideology of control and domination out into the galaxy. They had created mini planet busters out of the moons in our solar system

(Star Wars is definitely a reveal here and the new one ST7 is, IMO nothing more than a planned reveal after the Disney take over and now just a tool for directing the consensus).

(Please realize there are a lot of us out there who realize that we would have figured out space flight and higher tech much sooner if it were not for the deliberate sabotage of academic/scientific thought over the last 100 years.)

So, of course there was war. The current asteroid belt between Mars and Jupiter was the super earth called Tiamat/Maldek. Mars was a beautiful oceanic moon of Tiamat. The shocked quartz only found on one side of the Mars is the type caused by huge temperature and pressure like a nuclear blast. It was created during the destruction of Tiamat. And this is only one part, very little part of our past.

Many people have told and retold, recorded and re- recorded history according to their belief systems, and the parts of ancient information and myth they knew. (Urantia books, the Law of One material and the theosophical blue books) and these his-stories have all changed and altered down through time like the game of telephone. Some on purpose and some because of the misapprehension of fact through time. I have found that the more cross discipline information you can use to gather the bits and pieces, the closer you can come the approximate truth of the story. My one cautionary tidbit is to not be invested too heavily in one lineages' statement of their facts. But to look at all of them and build your own understanding from a broad base of information gathering. Many times I have come across a tid bit of info that shocks me, and I want to say "No Way!", only to find later on that it makes perfect sense.

Not everything everybody says is 100% right all of the time. Plus there are people trying to confuse the issue by telling only half-truths and using outright lies. The best tactic I have found for combatting this is to keep the jist of the idea in a file in my mind that knows where the big file is out in the world and where to go look again, should I run a cross a correlation that is too good to be ignored. I call it red flagging a topic and I see a little red flag in my mind's eye that pops up and goes ding, ding, ding, ding!!

Just like the consensus of all of our minds, (billions of understandings of the same tree bole - that we are all connected to) even IF we knew exactly what we were and where we came from, there would still be billions of perceptions of this in the minutia, and yet a great understanding of the whole. WE ARE this consensus, we are all in possession of some bit of the full story, and we are all correct when taken all together.