Is it any wonder that we can posit an entire world of other beings that live on and share this sphere of activity with us and yet we cannot perceive them? As long as there have been records, both oral and written, they have talked about the hidden side of life. All of the great mystery traditions and all of the folk lore speak of another world entwined and enmeshed with this one. And for as long as that knowledge has been with us, it has been made evil, scary and forbidden.

By a process of logic, if you pretend/presume the old information is true and the newer information we have is true (although not proven by the current academia and forbidden for reasons unknown - ahem), then; wouldn't all these beings that are currently in this sphere of activity whether we can see them or not, be just like us in their level of learning? After all, this IS 3rd density. 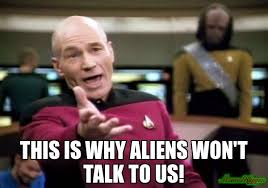 Not all of us are good - some few of us are wondrous, and not all of us are bad - but some few of us are really bad; because this is 3rd density vibration and they are here with us, wouldn't it make sense that they are learning the same lessons we are about karma and living? And therefore, they would have the whole spectrum of our motivations and feelings and act in the same foolish manner that we do???? Also, since for a millennia the only people who have ever considered thinking this way (about the unseen) have been labeled fringe, might those who we have 'contact' with also be the fringers? And if we have our very bad contingent that never listened to the programming the rest of us did and know these others exist and utilize them for their own nefarious purposes, conversely, wouldn't these other beings be doing the same - after all this is 3rd density????

Thusly, not every being that we happen to contact will ever be all good, or all bad; but will run the spectrum, just like we do. The problem with opening the doorway to contact is that we have lost all ability and training and innateness where our extra-consciousness is concerned. (see how I have to talk about it as if it were not part of ourselves and call it 'extra' just so you will understand my meaning?)

We have been trained for as long as there has been any record in this world round to hate and fear an entire portion of our selves, and IMHO that portion is the greater part of who we are. It is like we have been all been mandated to be born blind by suggestion. Like we have all been trained to be in a great addiction and use denial as our weapon against the reality of our wholeness, like we are ALL mentally ill in some way. 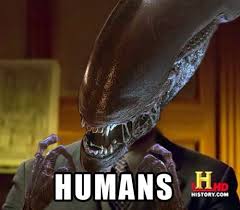 As whole beings isn't the point to be able to move up and down in vibration/frequency as we so choose and experience life? Very similar to our emotional experience? Maybe - emotion is the key factor here too? Maybe it is the closest thing we have as a corollary to a vibrational state to understand how this works? If the Term 'Loosh" is only a synonym, for emotional state and emotions are ENERGY IN MOVEMENT….?? 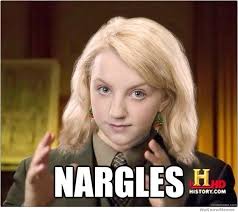 Are we not back to "What do you choose?" And once again we are confronted with learning to watch our thoughts and our emotional states - not to alter them but to LEARN from them, to see what happens when we think/feel them - WHAT FOLLOWS - what we have inadvertently created and made real.