There is a shifted, concealed, hidden part of our truth that goes into the consciousness factor and the non-locality of consciousness, that is/has been purposely twisted and hidden from us. That side does include black magic, white magic or the power of the mind, and until we acknowledge its ABSOLUTE effect on us because it is the other hidden half of our beings, we will never be able to understand what is happening to us. Until we can wrap our minds around it to see our whole sovereign selves we will continue to stumble around in the dark banging into stuff and yelling "OW!!"

This part of us IS being held hostage, and because we absolutely KNOW NOTHING about it on a people level, it is a huge weapon against us and is being used to corral and control us in every way possible. Our ancient history points to it, the ancient history that has been disappearing right under our noses - information in all of the earths oldest spiritual texts, giants, megalithic 5D tech, in places and stones, have all been the subject of military sorties and capture. It is in front of our noses and we cannot see it because we have been programmed for 4000+ years to ignore it. The entire other half of who we are was made laughing stock just so that we would abhor it, be put upon by society when we looked into it, or researched and found the clues, or tried to publish it. We are separated from half our being because we are being controlled, vampirized, used, fed upon, and have become sheep and cattle.

Until we can understand this information and it's importance to who we are, we will remain powerless, regardless of how much we 'KNOW' !!!!   If we do not wake up NOW we are in total danger of falling into a pit so deep and dark we will never see our way out of it!

On the one side, we have an AI technology taking us over, and on the other side we have the manipulation of our souls going on, both for the same purpose, and reason. Absolute domination and control of the humans that walk the surface of this planet.

The question of 'why' is many fold

Take your pick. Everybody has a theory. IMHO, it boils down to a trinity:

Enki, the mad psychopath (satan) trapped here in antediluvian history who needs to be healed and also evolve

Us Top-Siders and Gaia fighting for the freedom of the sovereignty of our natural paths through time and evolution.

The evolution part being a positive look at the current confluence of all this gobble-de-goop just because I want that picture. To me it makes sense that in a 3D world it is a balance between syntropy and entropy at all times, that energy, is never wasted and if the effort is being put out, there is a damned good reason for it.

Where these intersect in transdimensional physics and the non-locality of consciousness, and how coherent thought creates with the occult, and all its different aspects, mysticism, mystery schools, Gnosticism, magic, meditation the science of the mind, yoga, remote viewing, Blavatsky, Vril, multidimensional entities, jinn, creepy stuff, all the woo-woo mumbo-jumbo-everything we have been taught is pseudo-science,  IS the epicenter of the disinformation battle going on right now in the hearts and minds of every person on the face of this earth.!!!   WE HAVE HAD THE LOCK ON THIS SCIENCE SINCE THE 1940'S!!!!!

Basically, IMO, I think you can fit everybody and everything into one of those categories, regardless of who they are, or where/when they are from.

So, we have 3 demi-urges and their archon MIB git-er-done factions. Is this beginning to sound more and more like high school drama antics to you? Here was my basic outline for a long and painful article to close out the series:

Black magic - admittance that we too have powerful powers

Domination of the world

Quantum jumping point for the rest of the galaxy

Natural law: as long as they can keep us asleep and we cannot choose, they rule by proxy

Better than thou attitude

However when I thought about it, I wanted to boil it down to the bare bones to better see the structure. And I found that basic triangular simple analogy going on…

And on ad nauseum.

And what does all of this mean to us? Every action that we take will have a reaction on this level of reality. 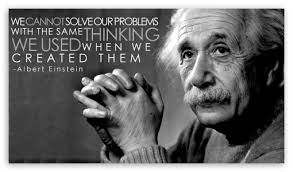 To acquire a new level or a better perspective on the triangular game it would behoove us to reconnect with our disconnected other half of ourselves. How to do that is the question and your guess is as good as mine. It seems that part of what we are dealing with is a situation where the people involved already have a leg up on us in that game . In other words should we begin to meditate to reconnect to our other halves and we come across other intelligences, how are we to know that they are not part of the triangular game? Good question isn't it?

My only answer to that is to listen to that very deep place inside of you first. Yes, I think there has been a lot put in place to distract us even if we do reconnect ourselves because, never forget part of the triangular game is well aware of how this works. I really think they are terrified of the fact that if we reunite ourselves with our other halves, that they think they separated us from, they are going to be SOL. Truly, all they have managed to do is distract us from ourselves.

So, listen deep. Because the other half of ourselves is still there underneath all the racket and the games. It is the most important part and it has been hidden for a millennia. Game over.