The Common Core State Standards Initiative is an educational initiative in the United States that details what K–12 students should know in English language arts and mathematics at the end of each grade. The initiative is sponsored by the National Governors Association (NGA) and the Council of Chief State School Officers (CCSSO) and seeks to establish consistent educational standards across the states as well as ensure that students graduating from high school are prepared to enter credit-bearing courses at two- or four-year college programs or to enter the workforce.  From <https://en.wikipedia.org/wiki/Common_Core_State_Standards_Initiative>

From what I can see Common Core is a way to standardize our children into good little corporate drones. To make sure they all believe the same, behave the same and know their place in society before they ever get out of school. Here is why.

In his book The Story Killers,  Dr. Terrance Moore points out that Common Core confuses “education” with “job training.” While every parent naturally wants their children to succeed in life and acquire material and financial security, reducing education to a jobs program cheapens the former and cripples the latter. From <http://www.tfpstudentaction.org/politically-incorrect/common-core/10-reasons-why-common-core-is-bad-for-education.html>

Education used to be something that gave you the tools to decide how you could be a contributing member of society and be happy doing what you were best at. Now the standards that once used to enable that have brought us to the point where you are taught only what you will need to become a corporate number. It used to be that one or two of your class mates had the brains and brilliance to go on in a scientific field, and they would be helped along by those who noticed. Not only are the standards being lowered so that it can't happen anymore, but to such an extent that the preparedness standards required to go into university level institutions are not being met. Ergo community college is the best to hope for, which will provide far less scholarships and those with the money will only be able to afford higher learning institutions creating a bigger gap between the haves and have-nots.

One way to control a population is to de-educate them.

Prof. James Milgram of Stanford University was the only Mathematics expert involved in developing Common Core. He refused to sign off on the Common Core Math standards when he saw how inferior they were to existing Math standards. He pointed out that Common Core Math delays Algebra I until 9th grade and does not include Calculus in high school at all, which are necessary for students to be prepared for STEM courses in college. Prof. Milgram concluded that Common Core will put American students at least two years behind the high-achieving countries of Europe and Asia.

Jason Zimba, the main architect of Common Core Math, admitted that it will only prepare students for Math courses at a non-selective Community College, not a four-year university.7 From <http://www.tfpstudentaction.org/politically-incorrect/common-core/10-reasons-why-common-core-is-bad-for-education.html>

But there’s more. Common Core supporters will admit that several states had better curriculum requirements than Common Core. Then they typically say it’s still better for those states to have lowered their expectations to Common Core’s level, because that way we have more curricular unity. That’s what the Fordham Institute’s Mike Petrilli told Indiana legislators when he came to our state to explain why, even though Fordham graded Indiana’s former curriculum requirements higher than Common Core, Indiana should remain a step below its previous level. One main reason was that we’d be able to use all the curriculum and lesson plans other teachers in other states were tailoring (to lower academic expectations, natch). Yay, we get to be worse than we were, but it’s okay, because now we’re the same as everyone else! From <http://thefederalist.com/2014/09/24/top-ten-things-parents-hate-about-common-core/>

The other purpose behind common core is to drive a wedge in-between children and their parents. (IMO to make it easier and more acceptable in a few generations for corporational/governmental intrusion and takeover of our children to be the norm.)

A recent study found that the Common Core model of education results in parents who are less engaged in their kids’ education and express more negative attitudes about schools and government. Does it need to be noted that kids desperately need their pre-existing, natural bond with their parents to get a good start in life, and anything that attacks this is bad for both the kids and society?

In addition, math even highly educated engineers and math professors can’t understand obviously has the effect of placing a teacher and school between a child and his parent. Parents are rife with stories about how they tried to teach their kids “normal” math, but it put pressure on the tots because teacher demanded one thing and mom demanded another, which ended up in frustration, confusion, and resentment. That won’t make a kid hate school, right? From <http://thefederalist.com/2014/09/24/top-ten-things-parents-hate-about-common-core/>

Below, find a picture from a New York mother and photographer Kelly Poynter. This is her second-grade daughter, utterly frustrated at her math homework. The little girl is a cancer survivor, Poynter explains, so she doesn’t lack persistence or a fighting spirit. Incomprehensible math problems downed a child that cancer couldn’t. From <http://thefederalist.com/2014/09/24/top-ten-things-parents-hate-about-common-core/> 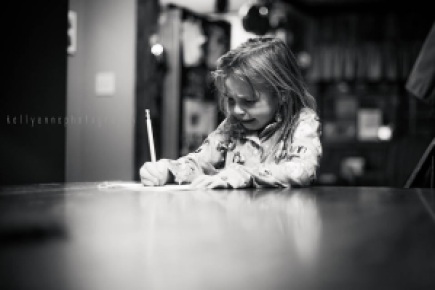 Common Core has revealed the contempt public “servants” have for the people they are supposedly ruled by—that’d be you and me. Indiana firebrand Heather Crossin, a mom whose encounter with Common Core math turned her into a nationally known activist, went with other parents to their private-school principal in an attempt to get their school’s new Common Core textbooks replaced. “Our principal in frustration threw up his hands and said, ‘Look, I know parents don’t like this type of math because none of us were taught this way, but we have to teach it this way because this is how it’s going to be on the new [standardized] assessment,” she says. “And that was the moment when I realized control of what was being taught in my child’s classroom — in a parochial Catholic school  —  had not only left the building, it had left the state of Indiana.” From <http://thefederalist.com/2014/09/24/top-ten-things-parents-hate-about-common-core/>

Then, when some of us wake up and try to raise public awareness, to do something about it, this happens. I find it very interesting and extremely suspect that voices out there against this at a grass-root level are being terrorized.

ONE NIGHT LAST SEPTEMBER, a 46-year-old Veterans Administration research manager named Robert Small showed up at a public meeting with state education officials in Towson*, a Maryland suburb, with a pen, a notebook, and an ax to grind. Small had been doing some homework on the main topic of the event, a set of math and language arts standards called Common Core that had recently been introduced in schools across the country, including his kids'. Fresh from work in a crisp, checkered shirt, he stood up in an overflow crowd and channeled his inner Henry V. "I want to know how many parents here are aware that the goal of the Common Core standards isn't to prepare our children for world-class universities—it's to prepare them for community college!" An off-duty police officer approached, and Small began to shout. "You're sitting here like cattle!" Out came the handcuffs. "Hey, is this America?" Small bellowed, as he jostled with the officer. "Parents, you need to question these people! Do the research!"

The police department later dropped the charge of second-degree assault of a police officer; Small, for his part, said he held no grudge against the cops. But a video of the incident, which racked up more than a million views on YouTube, set off a firestorm of right-wing outrage. On his radio show, Glenn Beck confessed he couldn't sleep after watching the clip. "This is the way it used to happen in Mother Russia, not America. It's Dictatorship 101.

And then, just make it perfectly clear, when we as parents utterly fail in our jobs as parents, the gov't is ready to step in and take it over - after proving to us that we are totally incapable. (can we say: problem-reaction-solution ??) Watch this video…https://www.youtube.com/watch?v=9EsKBsq95A0&feature=youtu.be&a

Big brother wants to be called Big Daddy now. Paul Joseph Watson writes The U.S. Department of Education and the U.S. Department of Health and Human Services (HHS) has published a draft document which outlines a plan that will treat families as “equal partners” in the raising of children, opening the door for government intrusion at all levels. The document states “The first step in systemically embedding effective family engagement practices in educational settings is to establish a culture where families are seen as assets and partners in children’s development, learning and wellness. The first two PRINCIPLES OF EFFECTIVE FAMILY ENGAGEMENT PRACTICES state

1. Create continuity for children and families. Implement a vision for family engagement that begins prenatally and continues across settings and throughout a child’s developmental and educational experiences.

2. Value equal partnerships between families and professionals. Combine professional expertise with familial expertise to promote shared learning and responsibility for children’s healthy development, learning and wellness. Encourage two-way communication by valuing family input on all aspects of the child’s life and development, including their culture, traditions, and home language.

The paper describes how government employees will intervene to provide, “monitoring goals for the children at home and the classroom,” and that if parents are failing to meet the standards set, “evidence-based parenting interventions” will be made to, “ensure that children’s social-emotional and behavioral needs are met.”

Will there be home visits you ask? The document states “Home Visits: To support ongoing relationship building with families, programs and schools should conduct periodic home visits so that teachers and families can get to know each other and communicate about children’s goals, strengths, challenges, and progress. If home visits are not possible for all families, schools or programs should require that teachers or providers and families communicate at the beginning of the year to ensure that the relationship is started in a positive way.

Once again, if they can alienate our children from us, prove it, blame us for it then they can step in and take over the training of their young minds and instill a system of values that would outrage most of us even more than is happening now. Can you say worker bee… There are several alphabet soups converging on this plan in underhanded sneaky ways to have this locked up before we realize what is happening to us and our children, to say nothing of the corporate concerns and their investment in the perfect worker (bee) for the future…