With all the new energy arising in the last few months, emotions both physical and spiritual have been hard hitting. I have noticed that many people, Faders, and other in groups I am not close to showing similar feelings. Even I, myself, have had to deal with some pretty strong ebbs and flows that seem to threaten to send me off kilter. And in synchronicity fashion, I find a person by the name of Bridget Nielsen, who has a YouTube channel Thehybridchildren, and posted a new one titled How to exit the 3D matrix.

This resonated with me very well and I find myself in a similar line of thinking, as my wife, Cheri and I figure out how to cope with this exit. While I might consider myself further along than Cheri, in reality, we merely express our voyage differently and in various ways. As I am sure many of you do as well. In the video, Bridget discusses the types of things we all may experience as we progress through this shift. Most of us are very deep inside the Matrix, and thus, we are having to climb out, unlike Neo who was able to be thrust out.

We have the brave task of unhooking all the connection seen on Neo as he is ejected from the energy generation pod. 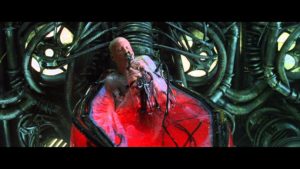 We all live in the programming of our life, and as such, we must learn to release these stored negative energies properly. I am on a course of doing such things, and I want to share them so people can see that many of aspects we are facing are NOT the processes of insanity or being "crazy".

As with Neo in the Matrix movies, we are awake to the fact that there is something wrong, deeply and completely, but that does not in itself remove us from the matrix as a whole. This work is rather slow and arduous, with setback and even leaps we are not prepared for at all. Bridget also speaks of a dream she has expressing the idea that we are entangled in both a physical, i.e. Cities, and also a metal or astral matrix that keeps our infinitely powerful consciousness at bay. The physical portion is one that a great many people know about and are beginning to fight against or resist, the Media programming shit. But the one that many people such as myself are now working on and many people now are failing to battle, is the astral or etheric energy transformation that we are going through as well. 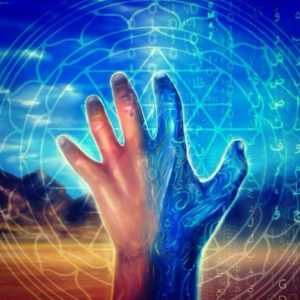 As Bridget points out, there is a "game" that must be played out in order to finally remove oneself from the matrix itself. We have many constructs that are programmed into us that we must rise above, much like an addiction. Most know their physical body is not addicted to these evident stressors, but cannot look past that idea. While on the surface we might feel we are ready to leave the city's material game, we may have a part of our spirit that does not or is not ready to give that want of the matrix up yet. As I have been known to quote Frank Herbert's classic novel, Dune… 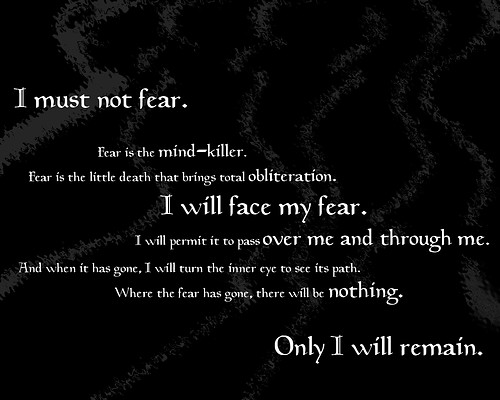 This fear is relatable to most aspects of city life, such as material possesses, the want to control others, and the need to "fit in" with the group. These aspects are part of the inner battle we all face as a part of the programming that keeps our minds controlled. As we break free of these bonds, we have changes that are not merely, done, they must be reviewed, "turn the inner eye to see its path" as it were. This action helps us to properly release the energy and not allow another program to fill its place. But to put that piece back into our now splintered consciousness, in the overall task we face of making ourselves whole once more.

An example of myself in this state can be seen in my anger, as a city boy the main source of Loosh is anger, rather than fear or sadness. As such, I am prone to a form of control, in the ideal of knowing as much as I can of information, or being solidly "sure" of the world around me. So I might read a story or see a headline that triggers a deep profound change in me that I am seemingly unaware of (aside from now I realize I get a strong "chill up my spine" or tingle sensation). This is my spirit's attachment to that city matrix. I then research the information I have seen, in order to understand it, as with recently, in understanding that the groups of Aliens we know of, much like us, have different factions or individuals within their collective. To bring about the realization that no one group may be completely good or evil, and can in fact be shifted much as we can, by conditions and circumstances of only universal control.

While some people know this already and read this thinking "well duh", this was new to me, and hit quite hard. As it took the rug out from under my belief of certain structures I thought I "knew". I found myself in a daze and unable to focus, and choosing to merely accept this and move on, which was not the best way to approach it. I fell into an old habit of getting angry at my "known reality" crashing as I talked about in my last blog. This, to me, was due to me ignoring the deeper impact of this revelation and what it meant to me personally as part of my releasing of the Matrix bond. I barked at my kids, wife, and even the animals, in a simplistic attempt to merely "let go" of the energy. When in reality, I needed to replace this energy with a positive understanding, to face it, know it, and let it pass. However, since I did not do this, a negative energy was allowed to take root, causing me stress. I then had to fight harder to releases this, eventually breaking down crying to my wife explaining how the whole information overload made me feel crazy and not of my own mind. Then overcoming and raising above the emotional attack to understand the use of the information to me. However, this also led to an attachment, which I will explain another time…but I digress…

Bridget spoke of how these triggers can come from various places, and can be part of our astral release. And she talked about how in our dreams we play out these scenarios as if our subconscious knows this somehow and is helping to release it without actually enduring the "real world" pitfall of those actions which do, in fact, become addicting, such as climbing the corporate ladder. One advancement is salary leads to another and then before we know it we do not care for those we hurt in order to further that want form money and power. As even though I left the madness of the city, those stressors are, still a part of my astral game I must play out in order to fully disconnect. Because while I do not deal with the city life having moved to the rural areas, a large part of my spirit is still trapped into the matrix of the city where I battle the fears and emotional triggers associated with it. I urge you to watch the short video for 3 tips Bridget gives to help us with breaking down this astral matrix and how to avoid the pitfall so many of us succumb to daily. I must note, this in NO WAY makes a person weak or a failure, it is process like any other and requires a person to go through the motions and while each path is different in nature, they will all lead to the same completion, release for the horrid matrix. Love first and always, love.