It was so startling that it made it into the news of the day.

http://abc7.com/entertainment/alien-base-found-off-the-coast-of-malibu-/127834/ this excellent abc7 exposé with an interview of Jimmy, while at the same time they poked fun at the facts, because god-forbid, that it might be true.

"I didn't see anything special about it. I think it's because it looks like there's a flat surface and then, below it, it looks like there are these vertical columns, so somebody can say, 'Oh, this is the entryway to something special,'" said earthquake geologist David Schwartz of the U.S. Geological Survey.

"I think it's natural and is a part of the continental shelf," Schwartz told HuffPost. "It's just a complicated part of what's now offshore that has seen some erosion and, maybe, slumping when perhaps this was partially exposed when sea level was lower. This is a really major earthquake area and perhaps some of these features are a result of slope failures, due to shaking. From <http://www.huffingtonpost.com/2014/06/19/malibu-underwater-alien-base_n_5493186.html> 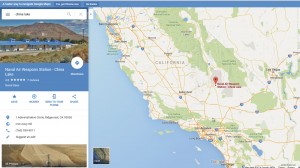 https://www.youtube.com/watch?v=OcmrWmNeODs This video has Dr Salla talking about it and the military intel. Under the video click the '…more' button and then click transcript to go the time the subject is listed. They also go into the connection to the China Lake facility, which was discussed last night.

https://www.youtube.com/watch?v=uixCByQZd1o This man who says he lives fairly close to Malibu Point Dume, was hearing sounds on his radio on the 12 meter band  at 54 kilocycles, indicating signal was very close. Interesting link up on this.

Then during last night's interview with Dr. Salla to hear that his new whistleblower one 92 year old William Tompkins:

Over a 12 year period beginning in 1951, William Tompkins worked for an above Top Secret think tank within the Douglas Aircraft Company designing kilometer-long antigravity spacecraft covertly requested by the U.S. Navy. Now aged 92, Tompkins becomes an important whistleblower by exposing the secret projects he worked on in his newly released autobiography, Selected by Extraterrestrials: My life in the top secret world of UFOs, think-tanks and Nordic secretaries. From <http://exopolitics.org/top-aerospace-designer-blows-whistle-on-secret-us-navy-space-battle-fleets/> (which I'm buying...)

actually knew about and heard briefings on this as far back as the 1950's. 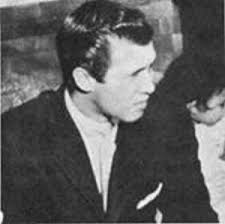 He reported to Dr. Salla that it was widely known then in the right circles that the reptilians were helping the Germans back before WW2, and that the nordics were helping us. Brings to mind Valiant Thor, right? Dr. Frank Stranges, Adamski, Menger, and George Van Tassel?

I would point out that hearing all this intel from the 1950-60's, where we are today must be much further along than the startling revelation last night that the reptilians and the nordics are actual persons from more than several sources,  coming with the requisite paperwork and proof. Folks, that was 60 YEARS AGO. Ahem.

And don't forget, last night at the end of the program at close to light speed, Dr. Salla brought up the Philadelphia Experiment and the US's tinkering with temporal realities. So, that's another broad hit. It is safe to assume much of the real fringy stuff we like to consider one day soon here, will also have a paper trail and foot hold into what the rest of society would consider real proof. More than: Coming soon, to a to a theater near you. Paper work. Paper trail. Isn't it interesting that the trees have become the holders of our history and the record of our truths and our sins?

As lovely as last night was - as confirming and glorious as it was to hear it;

REMEMBER, THIS INTEL IS OVER 60 YEARS OLD…

Doesn't it make you wonder exactly what is going on right now??