The Indeterminate Alien could be anything or anyone along an electromagnetic spectrum that is so wide that we have only discovered a small portion of it and are aware of an even smaller portion.

If you haven't put two and two together yet, conscious energy exists in electromagnetic form along ALL electromagnetic frequencies.We exist as 3D human beings in a very tight focused portion of these frequencies and are, once again aware of even less by our training and brainwashing.

Human culture labels all the gifts of human Spirit as paranormal. We are taught to believe in this illusion from birth. We rarely call the tribute demanded by our human ego for what it really is. This has been perhaps the most insidious aspect of the cultivated grand deception created to keep humanity bound in slavery and service to this illusion. From <https://alsionsbells.wordpress.com/wp-admin/post.php?post=1535&action=edit>Can we say narrow perspective?

There seems to be an entire level of human experience that we are all endlessly encouraged to miss-apprehend and ignore.

Imagine that this skin we walk around in is really no more than an energetic containment field, a focus point. This field exists only in a very, very tiny bit of the electromagnetic spectrum. It is so definitive that while you are focused on it you forget that you are a lot more than just that one point, kind of like reading a very good book, or watching a movie that really grabs you - for a moment you are there, and the outside world ceases to exist. From <https://alsionsbells.wordpress.com/wp-admin/post.php?post=1384&action=edit

We all kinda-sorta know that it is important, but we all don't know how to make sense out of the whole ball of wax. 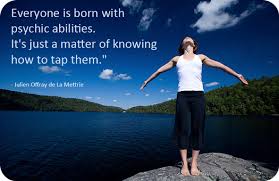 I wrote about this before in "The law of Love is 4D Consciousness":

OK let's start out like this. In a multidimensional universe, you move through dimensions consciously, with your heart and mind. Remember, your body is only a current focal point, but not your whole being.

1D is mineral - yes rocks have a rudimentary consciousness

3D is an individuated soul - individual consciousness - like us

(It's hard enough as it is to convince the people of this planet that vegetation and animals are conscious - much less something you can't see https://alsionsbells.wordpress.com/2015/11/06/resonance-the-change-we-wish-to-see-in-the-world-is-within-our-own-hearts/)

4D is a merging back to unity through universal, brotherly love (not personal)

5D is an applied understanding of this that creates wisdom

6D is a combination of compassion and wisdom: Love-Light

So, in this type of manifested universe, we are all learning about our consciousness, both as its self and as a unit of a greater whole. Which means that the steps we go through are a growth process and one needs the one before it to understand the one above it. IE: no skipping a grade allowed.

If we are on this earth at this time, we are learning how to make that step from the lonely separated self - the individuated soul, into the awareness of a greater more inclusive whole. To make it into 4D then, the doorway, the lesson, will be one of 'I am not alone'. Both in empathy and in the actual experience of the two way awareness of being in someone else's skin and heart and mind. It will start out gradually where you will be able to 'notice' the person who is sitting next to you and know how and why they are the way they are in that moment. It will build to more than just one other and include group awarenesses and then one day the whole planet will reach that point where they are all of one heart. At that point we will have entered into 4D to stay. Until we reach that point we will be sojourning back and forth. One moment we will be very 3D, into our day and achieving our goals and the next we will be hit with a stunning awareness of the guy next to us on the subway. Get ready for this.

So, the law of 3D consciousness is "I-Am-That" or recognizing all that it means to say this is me, who I am and what I am and what I have chosen. The emergence into 4D begins when you start to understand WHY you have chosen (or not chosen as the case may be) and then use that understanding to look with sympathy upon another.

I would safely say that we have entered into 4D because the world around us would not be creating so much pain in us, that so many people would be trying to anesthetize themselves so heroically if it were not - except for those who lack the DNA to resonate that way, the psychopaths.

The psychopaths see the world through a control filter that they must have to hold back their fear of the world dwindling down to a nothing while all of us leave them behind as we, the human race, progress in our evolution and they progress the other way in their de-evolution.

Part of what we are learning is that there are as many 'alien' types as there are expressions of consciousness.

Here too, at this point, we should have had developed an organic analog to what our false frequency laden environment has become. However when an idea whose time has come, has come, it will manifest in any way possible. Hence the cell phones and Wi-Fi and all the portable telepathy devices we carry around with us.

Part of what we are learning is that there are as many 'alien' types as there are expressions of consciousness. This is disconcerting for people who NEED to label and define everything, stick it in an only 3D box and keep it there and thereby separate themselves and use that separateness mistakenly as a tool of hate/fear/protection-from-the-unknown. It is almost an impossibility for the majority to accept that the definition of 'alien' has become indeterminate. They want a hard core, measurable, quantifiable boxed definition - which they will never get.

It rocks our world not to be able to define something we are afraid of. And why are we afraid? Because the same people who taught us to stay stuck in 3D have also taught us to ignore anything that is not 3D, and trust me, if it's not from this planet it can be 3D, but it is not of 3D.

Because we have grown up on a planet who's number one purpose and manufacturing product has been war, we have no grasp of the fact that we mostly do not need protection, and if we do it is because the psychopathic element invited those people here as a form of trade and profit to them.

The ED's seem to be very interested in what it is like to live in a body on this planet.

Linda Moulton Howe has recently been reporting on a type of grey ED that is living with in the body and consciousness of humans as an observer. Obviously the experiment would end if the person knew they were there. I for one would be unable to stop the unending running commentary on 'earth life' should anyone hitch a ride with me… Surprisingly, these ED's pop up during deep relaxation in massage therapy, reiki and meditation. The therapists see them and the clients are totally unaware that they are there.

Linda Moulton Howe had done a report a while back on C2C with George Noory in her news spot with him, and then 24 hours later was on Whitley Strieber's Dream Land talking about the same thing and Whitley's experience with it. As she reports on her interview with Higher Side Chats, not 36 hours after the C2C report she had over 115 emails reporting versions of the same thing to her.

Interestingly enough the incident in Chicago with massage therapist Cindy Schilf involved and IPhone that was off, completely de-powered. When the translucent ED came floating up out of the woman on the table, and Cindy was fully aware of it the cellphone made three tones which do not exist on the device and the ED vanished. ( I am of the opinion it is hard to be in a human body all the time and when the profound relaxation of a massage therapy session took hold the ED floated up and out assuming it more natural vibratory state and had to be reminded not to be seem… Just a theory.)

As we all know cell phone frequencies permeate our environment now, especially in urban and city areas. LMH's theory is that the ED's that apparently have been riding along with humans to learn, are using those frequencies as a carrier wave. IMO, it is also probably why the ED floated up out of the client on the table when her IPhone was OFF. I well know that the rooms in a spa are shielded and quiet zones. Cindy Schilf also stated that upon materialization the sheet covering the client started to look like the old TV screens when there were no broadcasts going on, zigzaggy grey staticky lines.

Which leads to all the ET reports that include balls of varying colors and sizes of light. These reports have been going on for far longer than Just Corey Good's reports of the Blue Avians. For many people years ago, they were considered angelic. Many of the reports got lost in the mystic/spiritualist genre, and were never considered a 'real' UFO incident. Until now. Now as we are beginning to develop a fledgling understanding of multidimensional awareness, we are finally realizing that reports such as these could be considered as ED.

Then we have the Whole hybrid/hubred situation as described by the work of David A Jacobs.

He has laid out some stunning new research in his latest book on this subject detailing how 'abductee's aren't even being taken on board ships anymore, they are being used as teachers for the 'hubrids' acclimating them to the little niceties of life as it is on the planet. This dovetails us in to the work of well-known abduction researchers like Eve Lorgen and her Alien Love Bite information concerning reptilian inhabitation and control of human beings, Barbara Bartholic, Dr. Karla Turner and Dr. John Mack; tireless researchers from the experiencer/abductee's point of view all trying to describe 'alien' interaction of a range from implants using devices through entities up to and through a worldwide plan on a very physical level to insinuate alien and alien tools into a societal level on the earth.

As yet, NOBODY at least at our regular people level has been able to really figure out what the agendas of the off worlders is and that is because of all the myriad forms and types, they ALL have different agendas. One thing is for certain; the one area they are always above us in, far advanced from us as we are from ants is, the use and understanding of their consciousness.

Practically every article I have written on this blog is about consciousness in one form or another. That’s the why of the title of the article. The Indeterminate Alien, because until we open our minds, our hearts, our souls to all of what we are, until we accept who we really are, the 'aliens' if you can really call them that, shall remain, Indeterminate.